Even in college, you need an emergency fund 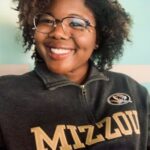 According to research from Walden University, about 30% of high school students have a job.

When I was in high school, I had two jobs as well. Not because I needed to, but because I loved the idea of being able to say: “I earned this. This is from the work that I’ve done.” Nevertheless, I had a very indifferent relationship towards money. I’d buy random things for other people and myself without really thinking much about how my finances were being affected, and when the money ran out, I’d just continue to work and repeat the cycle.

Don’t get me wrong; I did save up for specific things like prom tickets, field trip fees, and football games. But overall, I was fairly frivolous with my money. My parents were very open about the debt they were in, and though they told me I should start saving so that I wouldn’t end up in their position, I never truly internalized that concept — until I came to college.

Due to several familial circumstances, I was left completely on my own financially toward the end of my freshman year. To borrow the title of one of Destiny’s Child’s greatest hits, ‘Bills, Bills, Bills’ were staring me mockingly in the face. The terms “rent,” “utilities,” “phone bill,” and “tuition payments” were all swiftly introduced into my vocabulary. Fortunately, I was able to secure two jobs over the summer, and though this immensely alleviated financial stress, it heavily increased physical, mental, and emotional toil.

As I began my sophomore year, some of that stress went down, as I went down to one job instead of two. In fact, the stress went down a little ​too ​much, as I returned (once again) to my frivolous spending habits given that most of my outstanding bills were paid. I’d tell myself, “Oh it’s only $5,” or “My phone bill isn’t due for another two weeks!”

This went on for about a month and half before something shook me out of the foolish financial state I was in: My dog, Benji, got sick. ​Really ​sick. I took him to the university’s emergency veterinary clinic, and they told me that in order for him to even be seen, I’d have to pay a $150 emergency room fee.

I didn’t have that. I didn’t even have a ​crumb​ of that. Luckily, the vet had a loan service set up for pet owners like me who couldn’t pay up front, and after a few X-rays, blood work, and worry, my bill came to a whopping $633.14. I promised to pay it all back, and thus began my journey into the lovely world of debt.

Though the bill was issued four months ago, I ​just ​finished paying it off last week, and the process of paying it off reminded me of something my parents told me about time and time again: An emergency fund.

Nearly 61% of Americans don’t have an emergency fund set aside, yet 34% of the same group said that they “​endured a major unexpected expense over the past year,” according to Bankrate. Personally, I think that everyone should have an emergency fund, ​especially ​college students. There are so many things that could go wrong: Car troubles, tuition mix-ups, and even veterinary bills.​

If I hadn’t spent money on unnecessary things in the past, I would’ve probably had enough money to pay for Benji instead of taking out a loan. You never know what life will bring, so having a fund of at least $500 (after paying for everyday living expenses) is always a good idea.

One concept that I’ve learned (and am continuing to practice) is cost-benefit analysis. I should’ve incorporated this into my financial habits before coming to college. This may sound extreme, but I don’t think any good or service that you purchase should be bought without conducting some extent of cost-benefit analysis. Do you really ​need that humidifier with 30 different settings, or that new ombre HydroFlask? And even if you simply ​want ​it, do the benefits of having it outweigh its cost?

I’m not saying that you can’t buy non-necessities ever again, but at least now you’ll really think about whether it’s ​truly ​worth the price you’re paying.

Carlton is a sophomore studying journalism at the University of Missouri.