Make a plan, then stick to it for success in college 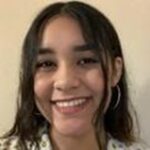 As an out-of-state college student, fear rolled through me as I graduated high school and decided to move thousands of miles away from my home in Phoenix, Arizona to the University of Missouri.

Whether you are going to college in or out-of-state, freedom and independence is scary at times. You’re entering a new societal sphere, with little knowledge of how to be a functioning adult due to the lack of preparation from high school.

According to an article in the regional Pennsylvania newspaper, Daily American, about forty percent of teens who graduated high school said that once they got to college, they felt “unprepared for the real world.” I feel I was part of that 40 percent, and still am, but from my experience of moving 1,300 miles away from home, I have learned a lot about how to feel secure in my financial standing.

Due to my intense need to have a plan for everything, I came to college with a layout of the funds I have and how I should be spending them. From experience, I can say that when you have a taste of freedom, it is hard to budget your money and only spend it on things you need. In college, you meet new people and want to have new experiences and, most of the time, those things will cost money.

I grew up with a feeling of spending regret, where I would spend money and feel guilty about it later. The thing that helped me get out of that and learn to live in the moment was making sure to check my bank account frequently and note how much I would need for next semester. I came with a small amount of savings from graduation gifts, and split it in half, making sure to spend only the amount allocated for my first semester, to give me reassurance that I would be secure in the future, but also so that I wouldn’t feel bad about spending money on whatever I wanted, if I had that half still in my bank account. Along with that, I had a plan for the future. I moved, having no car or job, knowing that the first year of college would be stressful and tough.

From the get-go, I had a plan on how I would be living. I moved into the dorms knowing I would be living here for the first year. I would take my first year using my savings and focusing on school, not worrying about the stress of adding a job to that workload. Some, however, may not have that option, so another piece of advice would be to get a job before moving to not have to worry about one while struggling through your first year at university.

I always knew I would go home the summer after my first year, and spend those months working. Then, when I moved back, I would live in an apartment and get a job in Columbia. By that time, I will have learned how to manage the different aspects of my life, social, school, and future work. It would be less stressful and help me push further into adulthood and independence.

In summary, the most important thing for me was having a plan and looking toward the future, as well as taking the immersion into adulthood in baby steps. It can be stressful but having a set plan and set goals will help you feel like you have control over things that may seem big and overwhelming.

Aros is a freshman studying journalism at the University of Missouri.