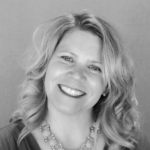 Kathleen Graham is the executive director of the Society for Advancing Business Editing and Writing (SABEW). Since 2014, Kathleen has been an advocate for business journalists, overseeing programming and initiatives for newsrooms, journalists, media professionals and students.

Before joining SABEW, she worked as the executive director for the Alfred Friendly Press Partners in Washington, D.C. There she supported the development of strong international newsrooms through six-month fellowships in leading U.S. news organizations.

Previously, she served as the executive director of the Radio Television Digital News Foundation (RTDNF), which is the professional development arm of RTDNA — the largest association of digital news managers and journalists. During her time there, she worked to develop and secure grants for programs on newsroom leadership, journalism ethics and newsroom diversity. She is a recipient of RTDNA’s Rob Downey Service Award.

Kathleen is a member of the National Press Club and the American Society of Association Executives (ASAE). She advocates for women in the newsroom and participates in the Power Shift Project and Politico’s Women Rule.

For a decade, she has served as a judge in the Robert F. Kennedy Book and Journalism Awards. In addition, she is an advisor to the American Statistical Association’s Count on Stats initiative in support of federal agencies’ data collection and analysis.

From 2002 to 2011, Kathleen served as a board member of the Dress for Success Foundation, Washington, D.C., affiliate.

She was a RIAS Berlin Commission Fellow in the German-American journalist exchange program. RIAS (Radio in the American Sector) was the radio station in Berlin at the center of the East-West conflict from 1946 to 1989.