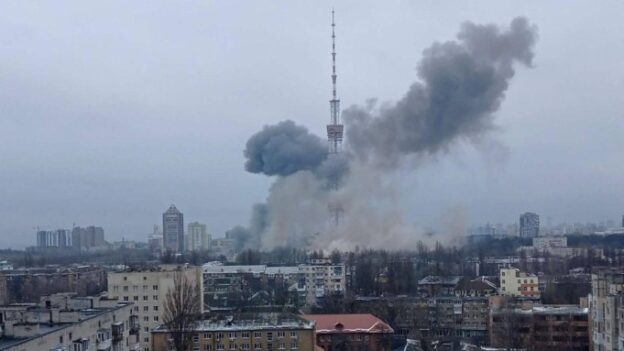 SABEW calls for the safety and protection of journalists reporting on Russia’s military invasion of Ukraine, offers virtual training on covering the economic impact

Ukraine’s central TV tower was knocked out on March 1 by Russian airstrikes and five people were killed, including Ukrainian journalist Yevhenii Sakun. The attack temporarily disabled the broadcasting ability of Ukraine’s main broadcast channels and deprived the Ukrainian people of news about the ongoing invasion. Ukraine swiftly moved to back-up facilities.

Inside Russia, state media outlets are reporting misinformation about Russia’s invasion of Ukraine. Additionally, Russian journalists who are covering anti-war protests are being detained and threatened.

SABEW, the largest association of business journalists, calls for the safety and protection of journalists reporting on Russia’s military invasion of Ukraine. The free flow of information and independent reporting is critical during times of war.

We applaud the efforts of journalists delivering accurate news from the war zone. We appreciate our SABEW members covering the economic and political beats explaining the broader ramifications of the invasion, resulting in severe sanctions, market disruption and the tragic loss of life.

On March 3, SABEW hosted a virtual training session on covering the economic impact of Russia’s invasion of Ukraine.  View recording from this event here.