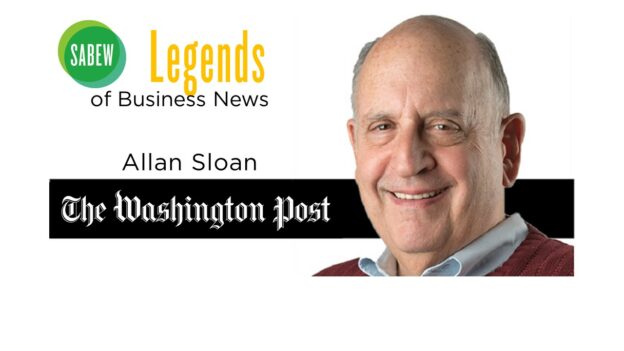 Join SABEW for our conversation series.

Allan Sloan, one of the nation’s best-known business journalists, will be interviewed by Andy Serwer, editor in chief for Yahoo Finance, about his legendary career on Tuesday, Nov. 29, as part of SABEW’s Legends of Business News conversation series.

The self-proclaimed “recovering English major” who currently writes columns for The Washington Post has been writing about business for more than 50 years. He has won seven Loeb Awards — business journalism’s highest honor — in four categories (including lifetime achievement) with five news organizations over four decades. He also received SABEW’s highest honor – its Distinguished Achievement Award – in 2001.

Read more about Sloan and reserve your spot now here.