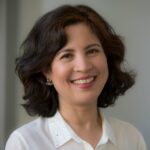 As head of NPR’s business desk, Pallavi Gogoi leads the network’s coverage of the most essential financial, economic, technology and media stories of the day.

Gogoi’s mission is to bring a deeper understanding of the policies and actions of business and government and their impact on the everyday lives of people, the economy and the world.

Under her leadership, NPR’s business reporters have cast a spotlight on current events shaping the country and society – from the intense scrutiny on Silicon Valley and the fight for and against free speech, the messaging from the White House and what that means for democracy, the #Metoo movement and its effect on working Americans, and the emotional and financial toll on families at the center of the opioid crisis.

Her interest in examining the tectonic shifts taking place in the American workforce led her to spearhead a poll asking basic questions about people’s working life. The results were startling – they showed that while jobs are plentiful, they are increasingly unstable for many Americans who receive fewer benefits, work with less permanency, and earn uneven pay from month to month. A week-long NPR series examined the rise of the contract workforce in America.

She led her team to survey and understand the online shopping habits of the nation, the immense influence exerted by Amazon on the decisions we make when we buy, including when we search for what we buy.

Her focus has been on exclusivity, originality, and high impact powerful storytelling.

Before joining NPR in 2017, Gogoi was a Senior Editor at CNN Money, where she oversaw a team covering business news, markets, and the economy. Prior to that, she was a National Business Correspondent at the Associated Press, where her work on mortgage robo-signing was the subject of a Senate hearing. At USA Today, she covered the financial crisis and bank bailouts. At Business Week, she wrote high impact stories that led to changes at Walmart, Edelman, and The Washington Post.

Gogoi grew up in Shillong, a small town nestled in the mountains of Northeast India. She graduated from Delhi University, with a master’s degree in English Literature from Hindu College, and a bachelor’s degree from SGTB Khalsa College. She is fluent in five languages.

The advantage of SABEW’s virtual conference on Nov. 17-20 is that it’s accessible to hundreds more members who can’t otherwise travel to a live event.

The $99 member rate makes SABEW20 affordable, even if your budget’s tight.

The flexibility of the event is especially helpful. You can choose favorite sessions and hop on and off the new conference platform with ease over the four days. The mobile app helps track the schedule and registrants can post comments and send notes to each other as well. Who knows which former colleagues you’ll find and connect to?