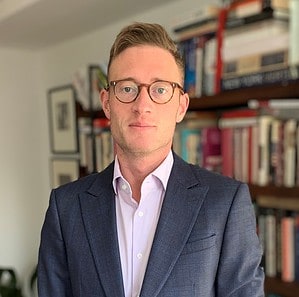 David Crow is U.S. news editor of the Financial Times and part of the executive editors’ leadership group. He is responsible for overseeing the FT’s American coverage on a day-to-day basis. He was previously US political news editor, leading the newsroom’s coverage of the 2020 presidential election. He has also served as the FT’s banking editor in London and, before that, spent four years as senior US business correspondent in New York, where he developed a special expertise in the pharmaceutical industry. His editing experience includes two years as page one editor in London.

Crow is the recipient of the Biedler Prize for Cancer Journalism and received an honorable mention at the SABEW awards for his investigation into the opioid crisis and the Sackler family. He is also the recipient of the Jones-Mauthner prize, an award that recognizes reporting of international affairs, and was highly commended at the British Press Awards in the science journalist category.