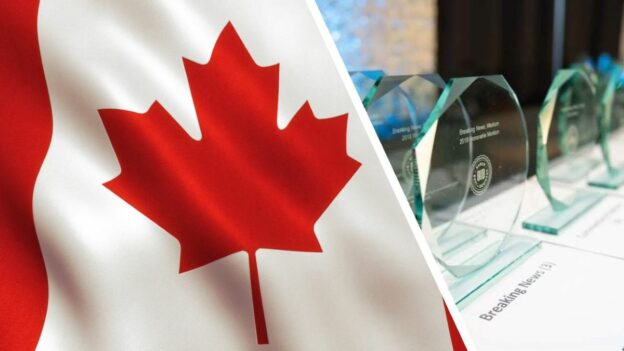 The Canadian chapter of the Society for Advancing Business Editing and Writing (SABEW) is happy to announce the finalists for its 8th annual Best in Business Awards competition, recognizing outstanding business reporting published and produced in 2021.

This year, we saw a record number of submissions from across the country. SABEW Canada extends a giant thank you to everyone who submitted work, from the largest news organizations in the country to individual freelancers, in what was another taxing year for journalists. We’d also like to thank our distinguished judges, chosen from among Canadian and U.S. news outlets and journalism schools. We couldn’t do this without you.

We will be celebrating the finalists and announce the winners on June 21 at an outdoor event in Toronto. For more information and to purchase a ticket.

Finalists for this year’s awards

Jacob graduated from the University of Toronto in 2019 and joined the Star’s business section as a reporter in January 2021, at the height of COVID-19’s second wave. As Star business editor Duncan Hood said in his nomination letter: “It’s not often a young journalist jumps almost directly from graduation to being a key member of the business team at one of the largest papers in the country. It’s even less common to see such a journalist pen cover story after cover story, with several pulling in almost 100,000 page views as readers discover his articulate coverage of some of the most interesting and complex issues facing business in Canada today.”

Since joining the Star, Jacob has embarked on a number of enterprise projects, including a feature on how some of Canada’s highest-paid CEOs earned multimillion-dollar wage hikes while tens of thousands of Canadian workers were laid off; how an Ontario city councillor capitalized on house-flipping while the real estate market surged; the impact on first-time home buyers of changes to mortgage rules; and an exclusive on how Air Canada changed course on its ticket refund policy to help secure a government bailout.

(The Best Young Journalist Award is named after Financial Post and Canadian Business journalist Jeff Sanford, who died in 2018. The award is generously supported by Jeff’s family.)