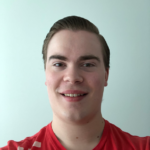 One financial event that our family took part in was the purchase of a home in 2013 that taught me how to turn a cash investment into a very valuable asset, especially during a down housing market.

Back in 2013 when homeowners were still feeling the impacts of the 2008 housing crisis, we were looking into purchasing a new home with a waterfront view of Lake Washington. We did some searching around the neighborhood for a potential property but realized that most of them that had what we were looking for were between $1.5 million and $2.2 million and were way out of our budget of $500,000.

That’s when we stumbled across a small corner property that could be renovated and expanded to get our desired view while nearly tripling the property value.

We talked with the builder who had purchased the property from an estate sale and realized that he was trying to quickly fix it up for rent, which was most likely due to a feeling of uneasiness about the housing market.

After meeting with the builder a few times, we ended up finding the builder’s “sweet spot” and agreed to buy it for $60,000 more than what he had paid to purchase the property.

Since homes in the city of Kirkland, Wash., (my hometown) typically demand a premium for a waterfront view, we knew that the amount we’d get on return would far outweigh the amount of cash we’d put in for the renovation.

We were especially pleased that the property was in an area of Kirkland we’d been looking into for several years. We checked with the city of Kirkland building codes and discovered a formula known as “bounding box” allowed us to essentially build-up from the highest elevation on the lot.

After doing this, we then struck a deal with a local builder to perform a management role while using his subcontractors to complete the shell of the addition sufficiently to keep out wind, rain or other weather, which is also known as the “dry-in” period.

We then took over the project after reaching “dry-in” while paying for the subcontractors and the materials directly.

For this home project, we decided to build to the largest square footage that would be permitted by city code based on the size of the property. Our material costs up until dry-in came to around $189,000, which left us with around $111,000 to cover the cost of electrical, plumbing, heating, and the drywall. After knowing that we’d come up short, we decided to borrow some interest-free cash from relatives while agreeing that we’d pay them back over the next two years.

Throughout this whole project, we were able to do the entire construction at around $500,000. We ended up converting $500,000 in cash into $2.27 million in equity, minus our outstanding loans.

Even accounting for our remaining debt, our equity today amounts to an impressive return on our initial cash investment.