Saving for a rainy day pays off 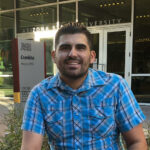 While a multitude of ways exist to pay for college, it’s no mystery that budgeting will help you become debt-free. My budgeting journey began with a simple concept that transformed my entire mindset about spending. This revelation simply required a few trips to the ATM. Before I knew it, I bought my first car and attended a once-in-a-lifetime event. This journey made me realize that any financial goal you wish to accomplish can happen if you take control of your spending. Much of modern commerce today revolves around a card. Money quickly loses its value as a life changer and can become lost in the daily rat race.

Growing up in the ‘90s with prices low and incomes high made living affordable in my hometown of San Diego, Calif. Saving money meant stashing cash away in a piggy bank. When it came time to spend it, you could feel the money in your hands and take great care in ensuring its safe transport. At 17, I started my first job and opened my first bank account. Money no longer had tangibility with a debit card. I spent it as quickly as I earned it because I felt the need to impress friends with my newfound cashflow.

Graduating high school in 2008, the economic collapse that followed, brought the struggle of finding a job while going to college full-time. Eventually I decided to drop out of school in 2012 and I enlisted in the U.S. Army. I coasted through my four-year enlistment without any major debt problem. With $4,000 in cash saved, I purchased my first new car and attended a once-in-a-lifetime trip. This cash savings reminded me of how I saved for big purchases as a child and made me again realize the value of money. While the financial security made me comfortable, I knew finishing college remained key in my future success.

In October 2017, I officially ended my active military duty and returned to college, utilizing the Post-9/11 G.I. Bill. Not having to stress about monthly expenses helped my grades immensely.

While a car accident totaled my new car and nearly caused me to drop out again, I used a small savings I had stashed away and completed my associate degree in journalism a few months later.

Thanks to a stranger’s advice and one semester of proving myself at Arizona State University, I’m moving toward completing my bachelor’s degree in one of the best journalism schools in the country.

Today, I move comfortably through the last few semesters of my college education, knowing that even better days remain ahead. Life has not been easy, but I’ve realized that money is often best saved for a rainy day. By controlling my spending and using money as a life changer, I was able to get back on track to accomplishing my dreams. While some of my life and money decisions could have been different, I find that the life I lived put me exactly where I needed to be to succeed.