Thursday, Oct. 8, 1 p.m. EDT: Using Census data to tell stories about the people and businesses in your communities

This workshop will first introduce you to some new and timely datasets that are particularly useful when writing about COVID’s impact on households and businesses. We’ll include some examples of news stories that feature these programs and demo a tool to easily access them. Then we will go a little deeper and show you how to use the Census Business Builder tool to find and download key data for your community. Although the data doesn’t reflect the impact of the pandemic, they do shed light on how many at-risk businesses are in your community, the racial/ethnic diversity of business owners and the number of employees that might have been most affected.

This webinar is free to business journalists thanks to the sponsorship of the American Statistical Association. 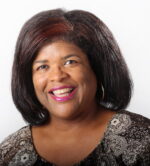 Olivera Perkins is an award-winning business journalist focusing on labor, employment and workforce issues. She covered the beat several years at The Plain Dealer in Cleveland, where her work included investigative stories on how Ohio did not adequately enforce wage theft laws. Olivera’s coverage of workers at the Hugo Boss factory saving the plant twice, before it eventually closed, resonated among readers in de-industrialized Greater Cleveland. She won SABEW awards for her wage theft and Hugo Boss coverage.

Olivera was a Nieman Fellow at Harvard University. She received a MS from the Graduate School of Journalism at Columbia University and a BA in Journalism and Politics from New York University. 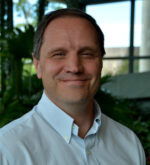 Andrew Hait is an economist and serves as the Data Product and Data User Liaison in the Economic Management Division at the U.S. Census Bureau.  With over 30 years of service at the Bureau, Andy advises on economic data products and conducts data user training and outreach for the Economic Census and the Census Bureau’s other monthly, quarterly, and annual economic survey programs. He also is the lead designer and coordinates development of Census Business Builder, an innovative data tool that presents selected demographic, business, and other data in a user-friendly, map-based interface.

Andy holds a bachelor’s degree in Economics from Syracuse University and has a master’s certificate in project management from George Washington University. 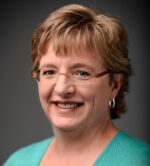 MaryJo Webster has been a data journalist for nearly 20 years and has been with the Star Tribune in Minneapolis since 2015, where she works on a wide variety of data-driven stories and trains reporters in how to incorporate data into their work. Prior to that, she held data editor roles for the St. Paul Pioneer Press, Digital First Media, USA Today and The Center for Public Integrity.

She started her career as a beat reporter at small papers in Minnesota and Wisconsin, then transitioned to data journalism after earning a master’s degree from the University of Missouri-Columbia.  She was an adjunct instructor for the University of Minnesota for nearly 10 years, and is a regular teacher and instructor at Investigative Reporters and Editors’ annual data journalism conference and other journalism events. She has won numerous awards for her work, including finalist for the 2018 Pulitzer Prize for “Denied Justice,” a series that revealed widespread problems in how Minnesota’s criminal justice system handles sexual assault cases.