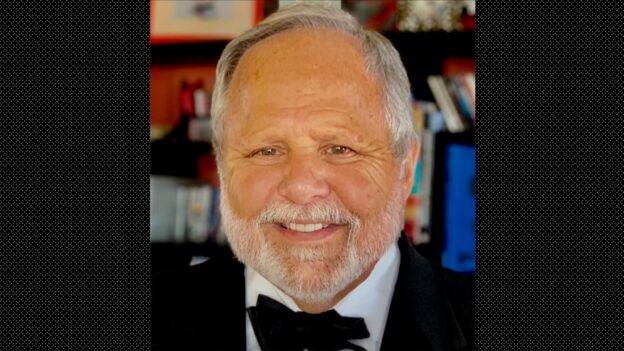 Larry Kramer, a longtime media executive at USA Today, MarketWatch, TheStreet and CBS Digital Media, will receive the Society for Advancing Business Editing and Writing’s highest honor – its Distinguished Achievement Award, for 2022. The award is given to an individual who has made a significant impact on the field of business journalism and who has served as a nurturing influence on others in the profession.

“I am truly humbled to receive this award and join the list of previous winners who I have admired from near and far through all my years as a reporter, editor, entrepreneur and media executive,” said Kramer. “This comes at a time when we particularly need to celebrate business journalism in its roles as a watchdog of business and government and in the constant search for truth. SABEW has always held our profession to the highest standards. It’s an honor to join those cited for their extraordinary work and for the examples they set for those who will follow us.”

Kramer will be formally honored during SABEW’s annual conference, #SABEW22, taking place May 12-13 in New York’s financial district. He will share career insights with Yahoo Finance’s Brian Sozzi on Friday, May 13, from noon to 12:45 p.m. EDT.

“Larry Kramer is a visionary journalist, entrepreneur and teacher,” said SABEW President Caleb Silver, and editor-in-chief of Investopedia. “He created several important business journalism platforms and organizations that are still going strong today and led several others to new heights. Beyond his business accomplishments, he has been an inspirational mentor, professor, philanthropist and friend of the industry throughout his incredible career.”

After a long and distinguished career in communications, the former president and publisher of USA Today retired in 2015. In that same year, Kramer joined the board of directors of its parent company, The Gannett Corp while also serving as chairman of the board of directors of TheStreet.  He was the first president of CBS Digital Media, creating a new division encompassing new online, interactive and wireless initiatives that included CBS’ first content distribution partnerships with Google, Amazon, Apple iTunes, Yahoo and Verizon. Before CBS, Kramer served as chairman, CEO and founder of MarketWatch.

Kramer spent more than 20 years in journalism as a reporter and editor. Starting in 1974 as a reporter for the San Francisco Examiner, he joined The Washington Post as a financial reporter before elevating to assistant managing editor. He later returned to the San Francisco Examiner as executive editor prior to leaving to become an entrepreneur. Kramer garnered multiple journalism awards including a Gerald Loeb Award for business reporting.

Check out his complete bio to read more about Kramer’s distinguished career, including reporting awards, teaching, and guest lecturing at prestigious universities along with authoring the book “C-Scape: Conquer the Forces Changing Business Today.”

SABEW is the world’s largest association dedicated to business and financial journalism. The SABEW Distinguished Achievement Award was established in 1993 when it was awarded to Hobart Rowan of The Washington Post. There have been 28 prior recipients.