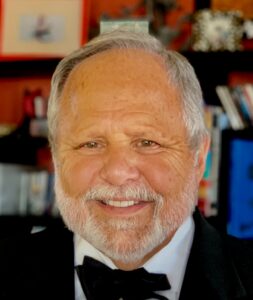 Larry Kramer retired as President and Publisher of USA Today in July of 2015. Following his retirement, he joined the board of directors of The Gannett Corp (NYSE: GCI), parent company of USA Today, until it’s sale in August, 2019. During that period, he also served on the boards of directors of advertising agency holding company MDC Partners (NASDAQ: MDCA) and financial news and information company TheStreet, Inc (NASDAQ: TST), where he was its chairman. He presently serves as a Board Observer for Advance Publications Inc., and board member of Advance Local, as well as a Trustee for Syracuse University (Executive Comm) and Board member of Harvard Business School Publishing. He is also Chairman of the Board of WinVest Acquisition Corp., a SPAC in the Fintech arena (NASDAQ: WINV).

He previously served on the board of directors of Discovery Communications, Inc. (NASDAQ: DISCA), American Media Inc., Freedom Communications Inc., Appinions Inc, BlackArrow, Inc. (Chairman), Answers.com (NASDAQ: ANSW). He was a founding board member and former Chairman of The Online Publishers Association.

Prior to joining USA Today, Kramer was an adjunct professor of Media Management at the Newhouse School of Communications at Syracuse University. He was also a media consultant and author of C-Scape, a book on the changing landscape for media and related industries for Harper Collins (published Nov. 2010). He also worked in the venture capital world as Senior Advisor of Polaris Venture Partners from Jan 2008 until January 2010.

From March 2005 until November 2006, he served as the first President of CBS Digital Media, reporting directly to Leslie Moonves. In this role, Kramer created a new division that put together all new media operations for the network, including online, interactive and wireless initiatives. He had oversight over and launched several websites including CBS.com, CBSNews.com, CBS SportsLine.com and StarTrek.com. While there, he created March Madness on Demand (the web broadcast of the NCAA Basketball Tournament), put CBS TV shows on the web, and created distribution partnerships with Google, Amazon, Apple I-tunes, Yahoo and Verizon for CBS content. He served as an Advisor to CBS until March, 2008.

Prior to joining CBS, Kramer was Chairman, CEO and Founder of MarketWatch, Inc. (NASDAQ: MKTW), also known as CBS MarketWatch, until its sale to Dow Jones for $528 million in January 2005. He created the company as an LLC with Data Broadcasting Corp. and CBS, launching in October 1997, taking it public in January 1999.

He had joined Data Broadcasting Corp. as Vice President in 1994, following its acquisition of his first startup, DataSport. As founder, president and executive editor of DataSport Inc. from 1991 to 1994, he created SporTrax, a hand-held sports information monitor, which was a subscription product launched under a marketing agreement with The Sporting News.

Prior to founding DataSport, Kramer spent more than 20 years in journalism as a reporter and editor. He started his career in 1974 as a reporter for the San Francisco Examiner. In 1977, he became a financial reporter for the Washington Post. In 1980, the Post promoted him to executive editor of the Trenton (N.J.) Times. In 1982, he returned to the Post to serve first as assistant to Executive Editor Benjamin C. Bradlee and later as assistant managing editor and metro editor. In 1986, he returned to the San Francisco Examiner as its executive editor. In 1991, he left the Examiner to become an entrepreneur and launched DataSport and then Marketwatch.com.

While a journalist, he won several awards for reporting, including the National Press Club Award, The Associated Press Award for news writing and The Gerald Loeb award for business reporting. His staffs won two Pulitzer Prizes. He served a two-year term as a Pulitzer Prize juror.