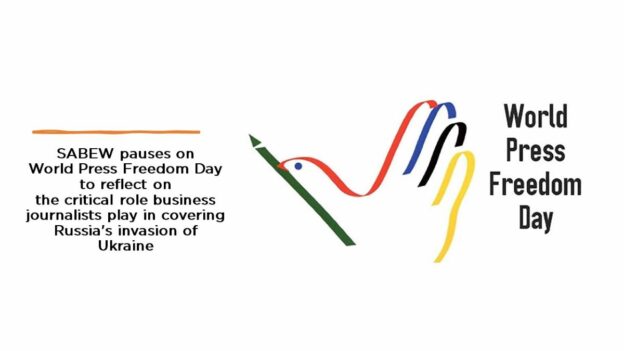 As we mark #WorldPressFreedomDay today, we confront a world at war over the very freedoms that embody an open society. It is a very different kind of war where financial, economic and business tools have become weaponized. And it is a war where business journalists have a unique role to play in exposing the hidden wealth of major figures who are enabling this human tragedy.

Ever since Russia’s invasion of Ukraine, the United States and its allies have waged an international pressure campaign meant to damage Russia’s economy and punish President Putin, high-ranking Russian officials, and people who have benefited from his regime. So far, more than 1,000 Russians and Russian businesses have been sanctioned. But many of them have carefully obscured their wealth, hiding it in secretive bank accounts and corporate structures that reach far offshore.

The #SABEW22 conference will offer a skill-building session at the annual conference in New York on May 12-13 on tracking Russian financial assets. How do you track down and catalog the vast wealth held outside Russia by Putin’s friends, financiers, and enablers? The program will bring together journalists with expertise in covering a hidden wealth of all sorts — land, mansions, companies, boats, planes, artwork and other possessions. Learn how to unravel some of the mystery surrounding these rich Russians, who the United States and its allies see as key to pressuring Putin to end the war.

On World Press Freedom day, SABEW applauds the work of journalists in Ukraine who are risking their lives to cover the battlefield. We also applaud the work of business journalists who are advancing public awareness about the economic impacts of the war, particularly on energy prices and inflation. And we recognize the efforts that journalists from Russia are making, to tell the truth about the war to the Russian people under threat of imprisonment or torture.