END_OF_DOCUMENT_TOKEN_TO_BE_REPLACED

Those directly affected by the pandemic also had more problems paying their medical bills, according to a survey by The Commonwealth Fund.  Close to half of those in the survey said they had been directly affected by the pandemic in at least one of three ways: getting COVID-19, losing income, or losing employer coverage. One-third reported lost income. More than one-third of insured adults and half of uninsured adults reported they had problems paying medical bills or were paying off medical debt during the prior year.

Sara Collins, Vice President of Health Care Coverage and Access at The Commonwealth Fund, will discuss these and other findings and what they mean for a robust economic recovery in a telebriefing Sept. 14 at 1 p.m. with Washington Post health care reporter Yasmeen Abutaleb. Abutaleb is co-author of the bestselling book “Nightmare Scenario: Inside the Trump Administration’s Response to the Pandemic That Changed History.”

This webinar is produced in partnership with The Commonwealth Fund. 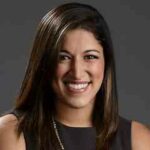 Yasmeen Abutaleb joined The Washington Post in 2019 as a national reporter covering health policy, with a focus on the Department of Health and Human Services, health policy on Capitol Hill and health care in politics. She previously covered health care for Reuters, with a focus on the Affordable Care Act, federal health programs and drug pricing.

In 2016, Yasmeen was a lead reporter on a five-part series that examined the rising threat of antibiotic-resistant infections and the inability of the government and health-care industry to address the problem. Yasmeen has also reported in depth on the opioid crisis, changes to Medicaid and political influence on health policies. 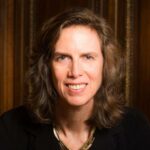