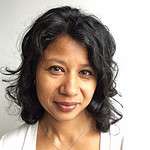 Pia Sarkar is a veteran journalist with more than 25 years of experience. She is currently an editor at The Associated Press overseeing coverage of retail, hospitality and travel, and workplace diversity. She works closely with The AP’s staff throughout the country and overseas, as well as with video and photo to ensure that content is optimized for the biggest global audience. She leads the business department’s efforts to tell stories with a more inclusive lens. Sarkar also serves as an editor on The AP’s national Race & Ethnicity team and is a member of the Stylebook Committee. She previously worked as the deputy editor of The AP’s East region overseeing news in 10 states along the Northeastern corridor.

Before joining The AP, Sarkar worked for various trade publications, including as executive editor of The American Lawyer website. She also worked as a reporter for TheStreet.com, the San Francisco Chronicle, The (Bergen) Record and the Providence Journal. Sarkar is a longtime member of the Asian American Journalists Association, where she most recently completed two terms as Vice President of Civic Engagement. She is currently a board member of the South Asian Journalists Association.